Multiple Rare Diseases- A Burden or a Blessing? 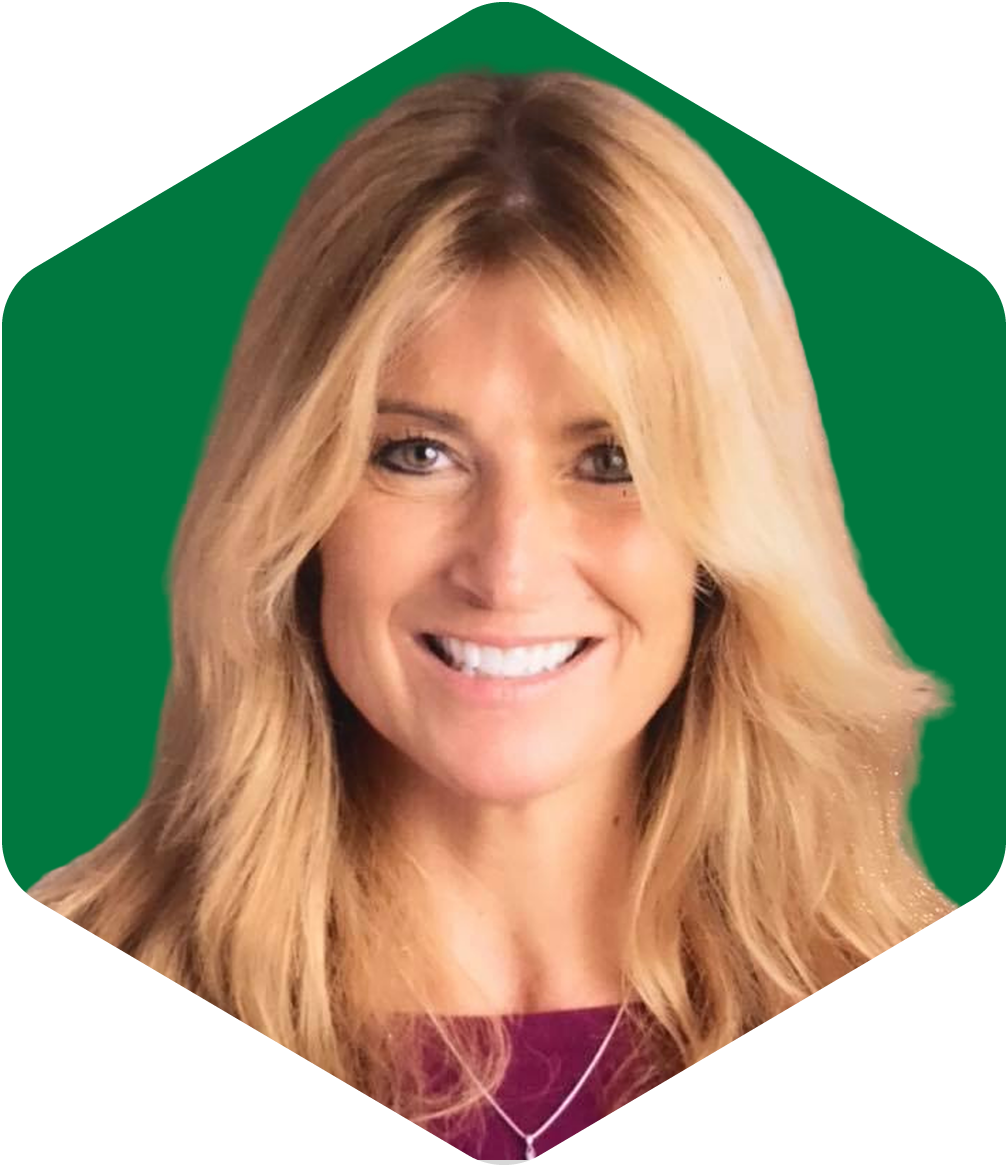 Published by Kirsten Mitchell Posted on May 03, 2020

A few years ago, late one Friday evening, I received a phone call from my doctor regarding the results of a genetic test I had taken. I was 48 years old, a teacher, and married for 23 years with two grown sons. I was living a pretty normal existence up until that point, despite numerous health problems that had worsened suddenly. I held my breath as she delivered the news and with that fateful call, suspicions were confirmed, a diagnosis was made, and my life as a member of the rare disease community officially began.

That call confirmed one of several genetic rare diseases and conditions that I have which include: Hypophosphatasia, Familial Renal Glycosuria, Fanconi Syndrome along with an atrial septal defect. Solving the mystery of the why and how my body acts/reacts in the way it does was the first step in what has led me down a rather bumpy road to a deeper understanding of myself and has fostered in me a commitment to help others. Meeting and connecting with the rare disease community has also enabled me to better accept, cope, and manage the disorders I have while at the same time forging meaningful friendships. I am now able to see this not as a burden in my life but as a blessing.

Knowledge is the antidote to fear. – Ralph Waldo Emerson

Familial Renal Glycosuria – Renal glycosuria occurs when a person’s kidneys are damaged. It is a rare condition that develops when a person’s blood sugar levels are normal, but the kidneys are unable to retain glucose. As a result, the sugar spills into the urine in increased amounts. The renal tubules — the parts of the kidneys that act as filters in your urinary system — don’t filter blood sugar out of your urine properly. This condition is caused by a mutation in the SLC5A2 gene.

As a child, I always knew that there was something not quite right with my body and how it handled food. I was unable to consume loads of chocolate, candy, cake or sugary sodas like my friends. I would get very lethargic, ill-feeling, and cranky after consuming a lot of sweets or carbohydrates if I didn’t pair them with a large meal or a protein. I would crash. I suffered migraines. I often felt hypoglycemic and ill. It was very scary when these episodes would happen to me. As a young adult, each yearly visit to the doctor would result in a positive sugar reading in my urine and a trip to the lab for hourly glucose testing with the thought I was diabetic. Each time, serum levels would come back normal, even though I was symptomatic. Every pregnancy, I would fail the urine glucose test, they would tell me I was likely diabetic but then again, I’d pass the blood test. They were unable to explain why. This would repeat at every doctor visit until a time in 2016 when I spilled such a huge amount of glucose that it caused my kidneys to bleed. I was referred to an endocrinologist that was experienced in hard to solve cases. After much investigation, he diagnosed me with renal glycosuria. Unfortunately, since this condition is extremely rare (.0015% chance according to my genetic report), there isn’t much known about it and there aren’t any recommended treatment protocols. Following a low-carb diet, avoidance of sugars, eating healthy and exercising regularly were all advised – things I’d intuitively been doing. 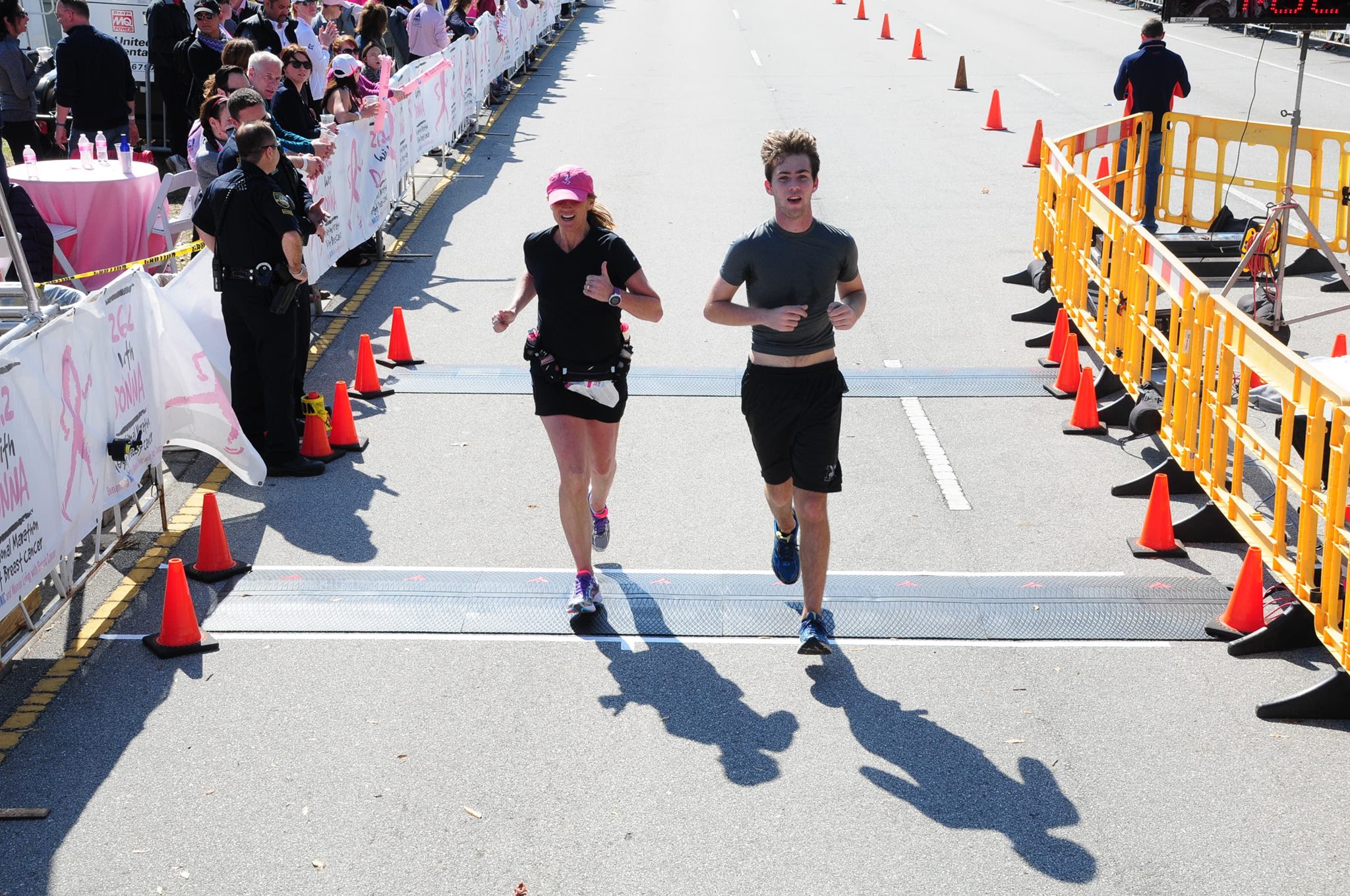 Fanconi Syndrome – Fanconi syndrome is a rare disorder of kidney tubule function that results in excess amounts of glucose, bicarbonate, phosphates, uric acid, potassium, and certain amino acids being excreted in the urine.

While doing lab tests for renal glycosuria, it was also discovered that my body was dumping very large amounts of oxalates, phosphates, calcium, uric acid, magnesium, you name it I was spilling it! The amounts were so high and my kidney function so bad at one point that I was sent STAT to a nephrologist with the thought I may need dialysis. When I arrived at the appointment, the nephrologist told me the result had to be a ‘red herring’, an erroneous finding, because I looked too healthy sitting in front of him. I am often told this. I walked away from that appointment without ever reporting back to my endocrinologist who was extremely upset when he did find out at my follow up. I continued to be monitored every 3 months and each time, I was spilling a different mineral. It was at that point (based on labs), that I was diagnosed with Fanconi syndrome. This syndrome is known to weaken bones and compound the effects of hypophosphatasia, another rare disease I have. My kidney function continues to be monitored and how this will ultimately affect me continues to be unknown.

Hypophosphatasia – Hypophosphatasia (HPP) is an inborn error of metabolism caused by loss-of-function mutations in the gene encoding tissue nonspecific alkaline phosphatase (TNSALP). It is a genetic condition that causes abnormal development of the bones and teeth. The severity of HPP can vary widely, from fetal death to fractures that don't begin until adulthood.

In July of 2016, I suffered a stress fracture of the second metatarsal. This was thought to be a result of the long-distance running that I was doing in preparation for one of several marathons I had run. 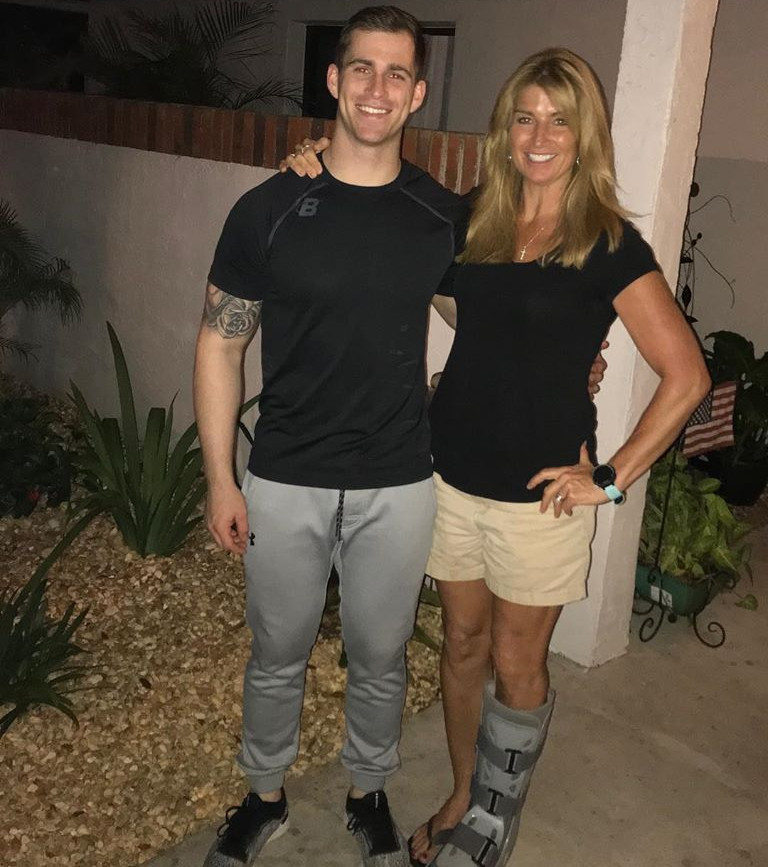 Five months later, when I was diagnosed via MRI with a stress fracture in my femur with a small cortical fracture line, my doctors grew suspicious that something more serious may be going on. Every few months, over the next 2 years, I continued to have bone injuries (15 at last count), despite following return to run protocols. As an educator and an athlete, this part of my journey was a very frustrating time because I tried to learn and follow the advice given, yet I was still fracturing at every turn. The bones in my hands, ribs and elbows also were starting to be affected. I was in and out of a walking boot every few months and it became a new norm for me. I was also beginning to have fatigue, chronic bone pain and other troublesome symptoms. We couldn’t understand what was going on. They thought it may be due to the anomalies with my kidneys but were unsure. My doctors were thorough and had run every lab imaginable but still couldn’t find a definitive answer. Fed up, I started pouring through medical records/labs and researching any figure that was slightly off. I came across consistently low alkaline phosphatase (ALP) numbers and when I looked that up along with stress fractures, I found a bone disorder called hypophosphatasia. After asking my doctors for further testing and a genetic confirmation, I was diagnosed with hypophosphatasia, an ultra rare metabolic bone disorder. Finally, an answer. Since the diagnosis, we have discovered that my father and one of my sons has the mutation, as well. They are asymptomatic. There are only six of us in the world known to carry this specific variant. The doctors now tell me that I’m an ‘enigma’. That I appear seeming healthy looking but really am not according to the labs and diagnoses I have. I try to remain active and cross-train to take the load off of my bones. I swim, row, and cycle. I still run a few miles when I can but not to the extent I was able to or really want to. The diagnosis of hypophosphatasia has been life changing. It has changed the trajectory of the active life I thought that I might have but has added a new purpose to it, a blessing of sorts. 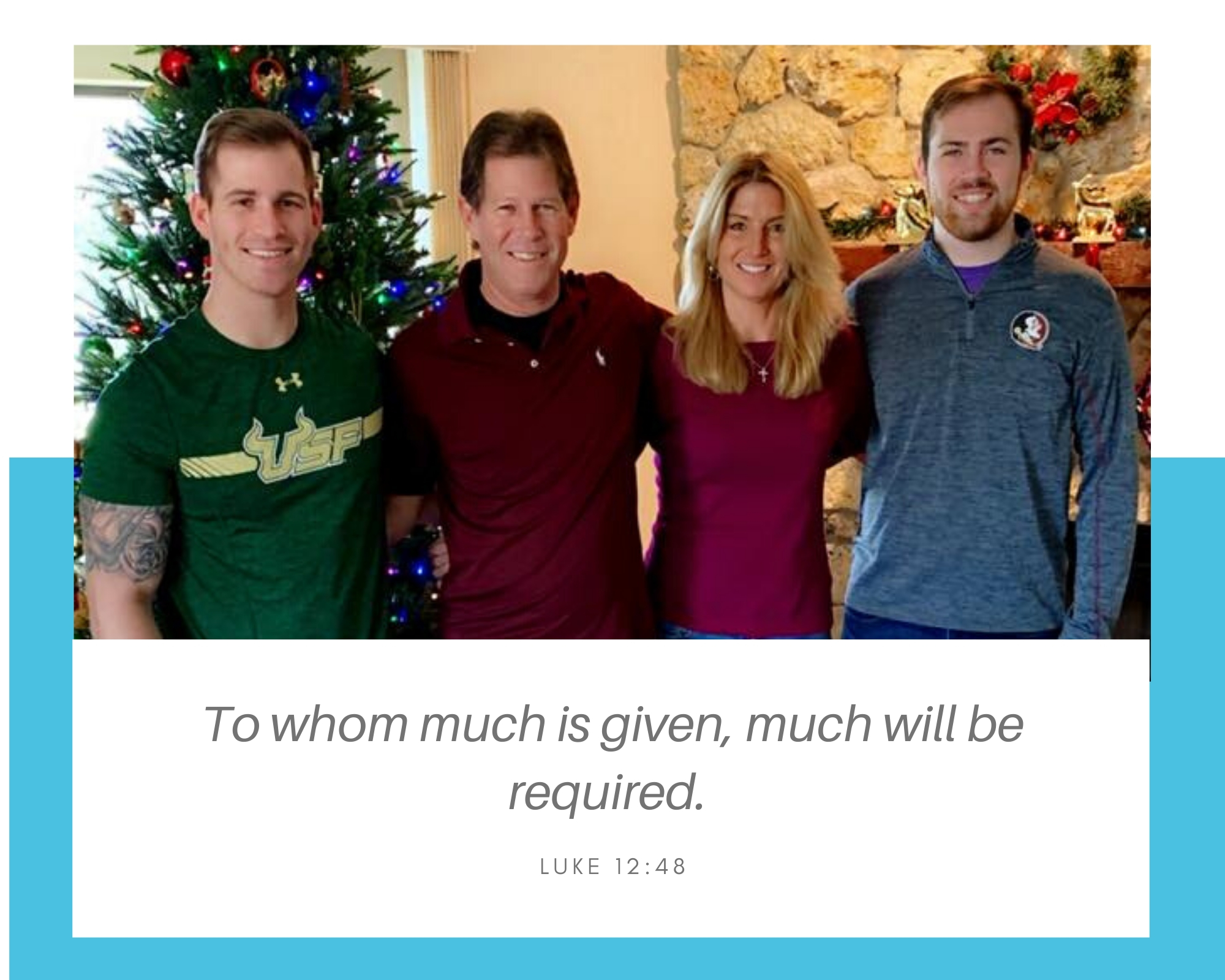 We are held responsible for what we are dealt. Whether it is good or bad. Whether we are blessed with good health, talents, wealth, knowledge, time, or even hardship, it is expected that we serve and benefit others. One of my doctors provided a catalyst for me, in this regard. He told me that it was useless to discuss with others how I felt or how hard living with the rare diseases I have was because no one could truly understand how it feels unless you were living it. It made me sad and I really took this to heart. I was truly feeling burdened at that time. I decided to turn the focus off myself and direct it toward others. This has helped tremendously. I now serve as a regional lead for SoftBones, a rare disease foundation I am part of. I touch base with the newly diagnosed and welcome them to our community. 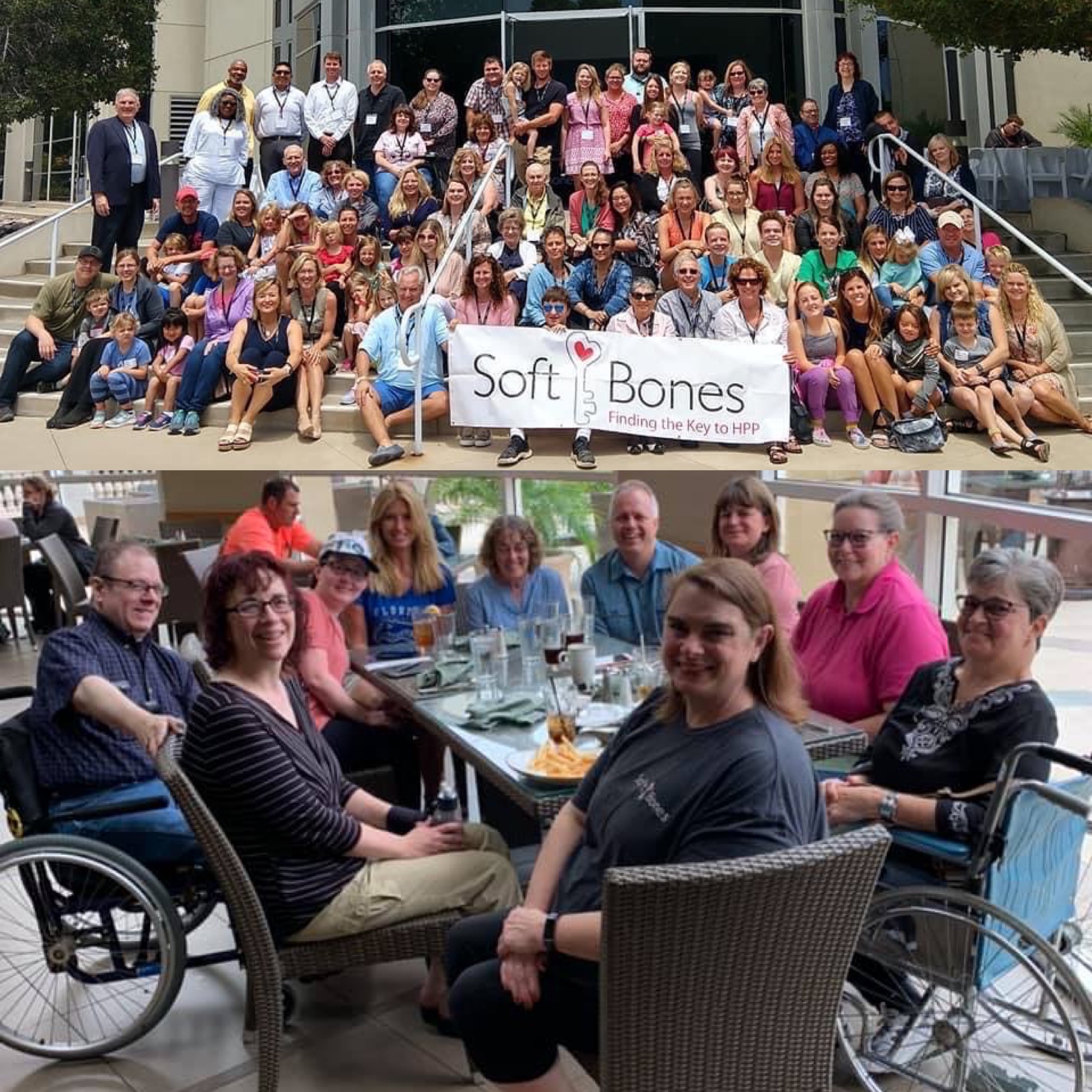 I know how they feel and how scary it is to find that you are living with a rare disease that little is known about, is progressive and debilitating. I am now able to help just a little by listening, giving information, and pointing those in the direction of treatment options or management if needed. I want them to know that they are not alone. Someone did this for me when I was newly diagnosed, and I really appreciated it and hope that I, too, can pay it forward. I also serve as a member of Achilles International and am a sponsored athlete with Michelob’s TeamULTRA. Both are running groups made up of athletes all over the world that inspire others to be healthy and enjoy life no matter their age or limitations. 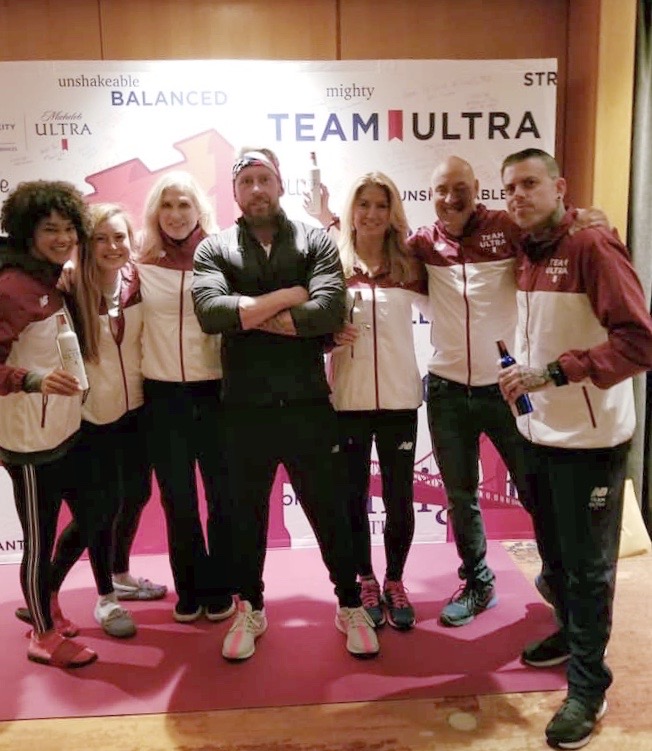 I have made many friends and learned a lot from the rare disease community over the past few years. I am very excited about the concept of RareGuru and further learning from and connecting with individuals in this community who share in the diagnosis I have or with others who just need someone who understands. We are all in this together and together we are strong! You are not alone. 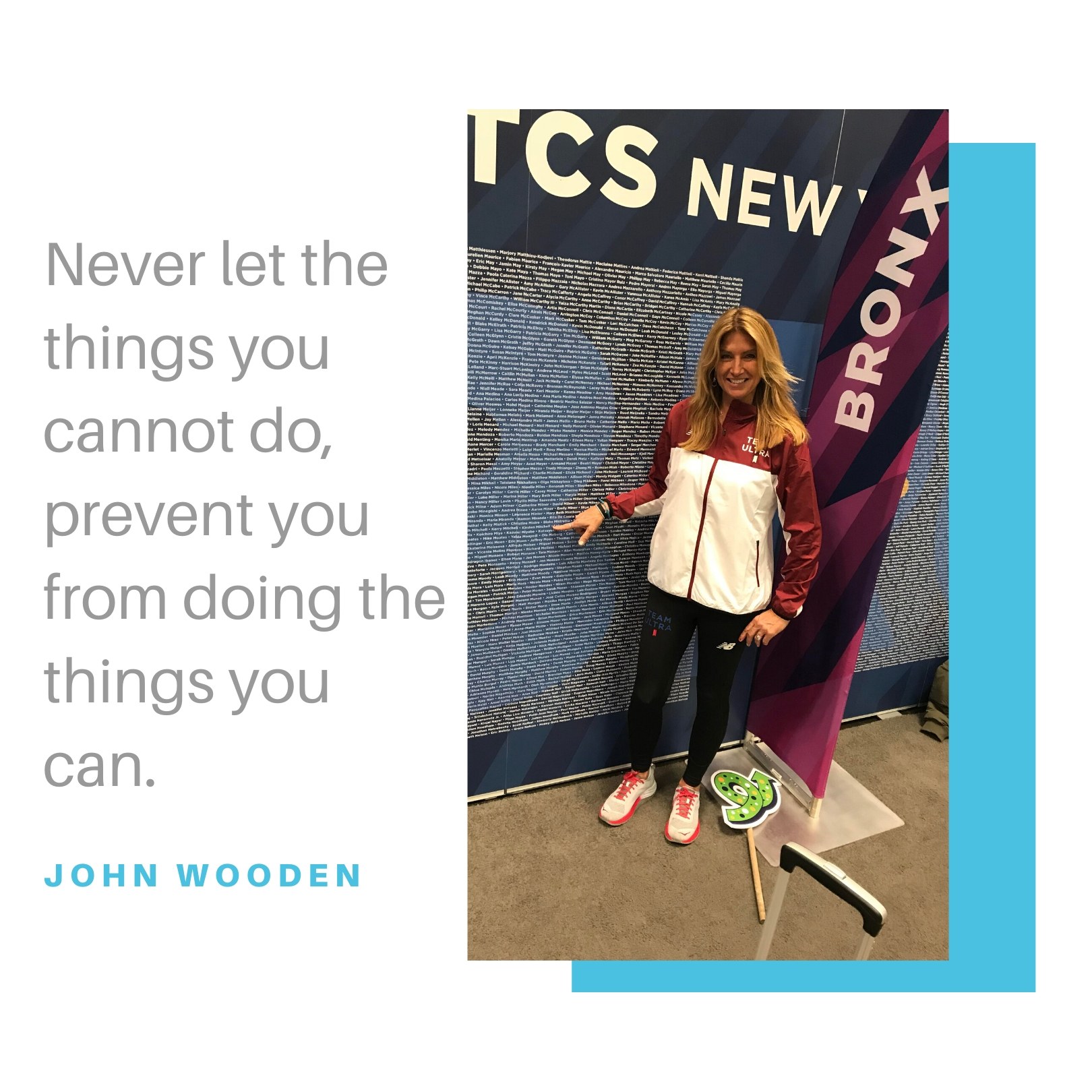