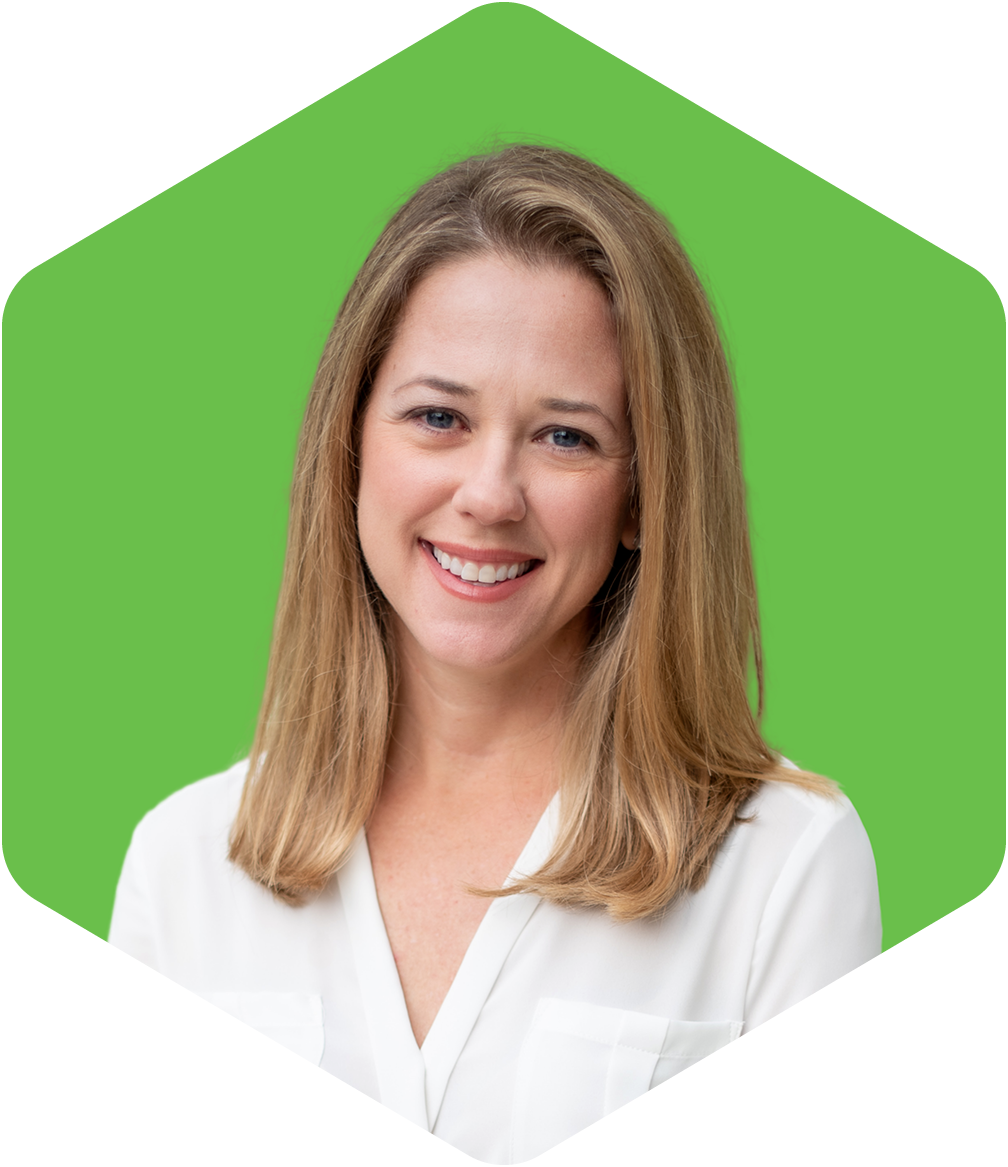 It started in 2017 after my endocrinologist retired, and my general practitioner had me convinced she could adequately monitor and manage my thyroid levels. During the first visit, she increased my dose of Synthroid, a thyroid hormone replacement medication. I have been on Synthroid since 2012 when I had a complete thyroidectomy due to a two-inch non-cancerous tumor on my thyroid, so regular blood tests and thyroid medication 'tweaks' were not uncommon.  In the months that followed I began to experience troubling symptoms like anxiety, weight loss, high blood pressure, tremor, and night sweats. I went back to my doctor, and she prescribed blood pressure medication and Xanex.

My symptoms continued to get worse, and then the most severe symptom hit without warning, crippling insomnia. One night I was sleeping seven hours straight, and the next I woke up in the middle of the night because it felt like someone was zapping my insides with a taser gun. I did not sleep for one minute for the next several days. I went to the hospital emergency room because I thought I was going to die. The ER doctor admitted me because my resting heart rate was off the charts, and nothing would bring it down. They ran blood tests and quickly discovered that my thyroid levels and symptoms indicated doctor-induced thyrotoxicosis or severe hyperthyroidism caused by a doctor prescribed overdose of Synthroid. I was 98 pounds (because of the weight loss), and on a Synthroid dose the hospital endocrinologist said was meant for someone twice my weight. The feeling like someone was continuously zapping my insides, he said, was actually back to back panic attacks triggered by the hyperthyroidism. He halved my dose, said it would take six weeks for the symptoms to get better, and gave me a prescription for Ambien. He also made me promise to drop my general practitioner and find a new endocrinologist, which I did immediately.


While my thyroid levels and most of my symptoms eventually stabilized on the correct Synthroid dose, my insomnia and sleep-related anxiety remained. It was so severe I developed a deep-rooted fear of sleeping that led to a dependence on sleeping medication. During that time, 3 hours of sleep was a 'good' night. I tried every sleep medication and sleep product on the market. Nothing worked for long, and eventually, I ended up in the office of Dr. Jaclyn Lewis-Croswell, a Psychologist specializing in the treatment of insomnia. That was the Fall of 2017, and I have been seeing her regularly ever since. While it took every bit of the past three years to get back to sleeping well, no part of my sleeping routine would be considered normal. When you have chronic insomnia, you will do anything to get some sleep. Dr. C, as I call her, identified simple solutions to behaviors that were contributing to my insomnia, like meditation, regular exercise, establishing a bedtime routine, cutting out caffeine, and wearing blue-light glasses at night. 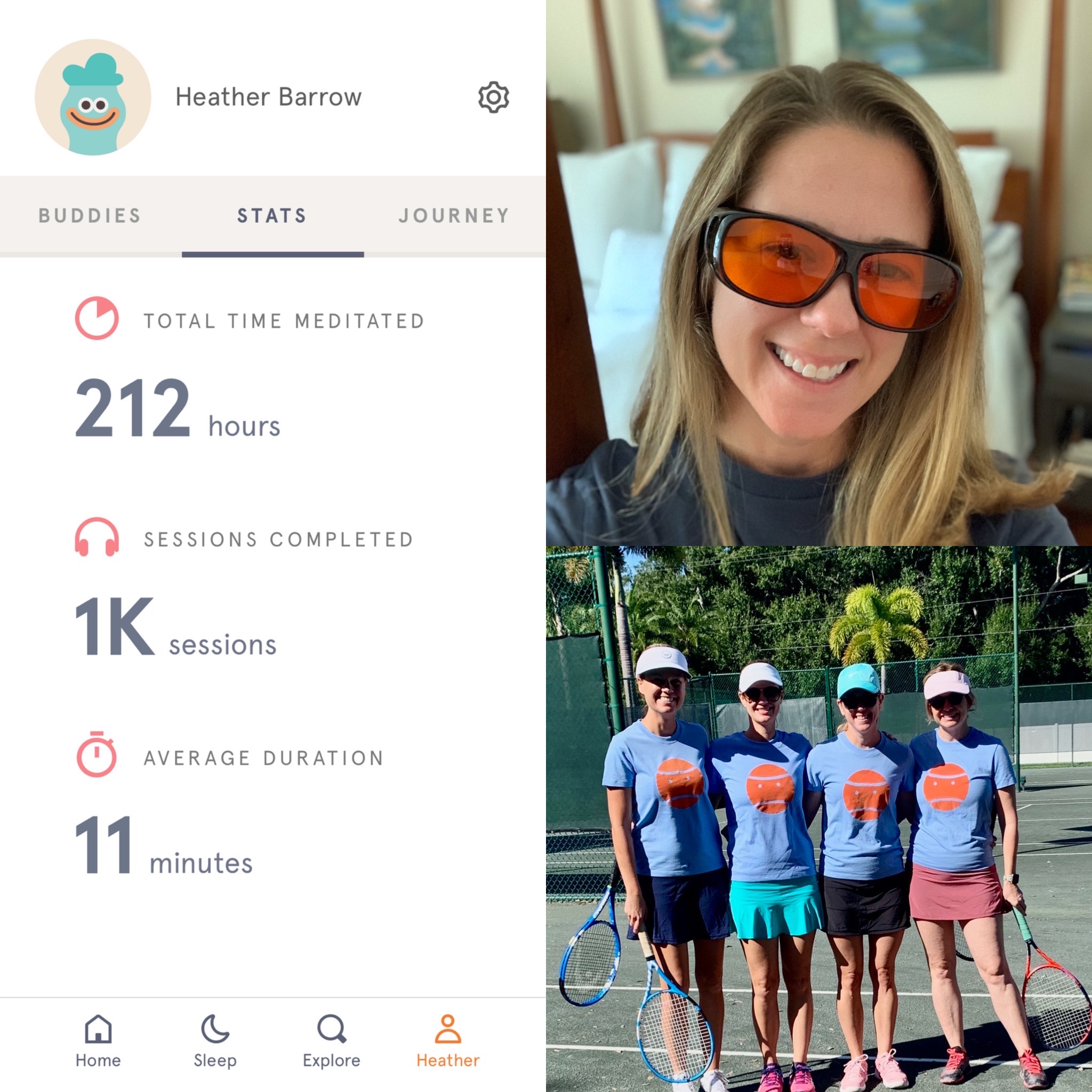 While those changes helped, there were bigger issues I had to address, like undiagnosed PTSD from my three months in the hospital surrounding the premature birth of my son Hill. Dr. C's method of treatment for insomnia was Cognitive Behavioral Therapy For Insomnia (CBTI) and Eye Movement Desensitization and Reprocessing (EMDR) for PTSD. She also helped me to taper off all sleep medication (total nightmare, pun intended!) I have worked harder on my health over the past three years than the 38 years before that combined. However, no matter how hard I worked with Dr. C and on my own, I only made marginal improvements in my sleep. Or I would have a stretch of a month or two of pretty good sleep, then my insomnia would come back full-force. She was the only doctor who tried to help me get to the bottom of what was really going on in my body and mind.

"I was not crazy or making this up in my head  . . . after years of misdiagnoses and improper medical treatment, we finally had an explanation. Think of the nightmare where all of your teeth fall out for no reason; this was the best-case scenario from what I found on the internet."

During the same time, I started having other minor and seemingly unrelated health concerns like bone pain, kidney calcifications, and broken dental crowns. The symptoms seemed to follow no clear path to treatment either. Still searching for a cause and cure to my chronic insomnia, I poured over my past medical records and test results. I've had my blood drawn every few months since 2012 because of my thyroidectomy. My background is in accounting, so I naturally decided to chart my results for my thyroid markers to see if there was a correlation to when I had major setbacks in my sleep. What I found was completely unexpected. I noticed that on every single blood test, going as far back as 2006 when I had my daughter Claire, something called alkaline phosphatase (ALP) was flagged as extremely low, almost unmeasurable. I was banned from Dr. Google by Dr. C, so I did not research it. I did, however, bring it up at the next dozen appointments with several top doctors and specialists in Tampa. Each time my concerns were brushed aside as hypochondria. Every doctor told me low ALP was great, and only high ALP indicates liver problems. They were doctors, so I believed them.

In the summer of 2019, I got my 16th low ALP result on a blood test. After being dismissed by my doctors again, I finally Googled it. In less than five minutes I found out that: 1. Having low ALP is extremely rare, 2. Low ALP is not good, and 3. It usually indicates a rare disorder called hypophosphatasia. Hypophosphatasia is a rare genetic disorder where your body does not produce enough of the enzyme, ALP, needed to develop healthy bones and teeth. From the information I found online, only 500-600 people total in the United States have HPP. Low ALP also causes other problems, like calcifications in the body, and inhibits your body’s ability to absorb any Vitamin B6. Vitamin B6 is crucial to the central nervous system and is involved in producing the neurotransmitters serotonin and norepinephrine, and in forming myelin. The information I read about hypophosphatasia was scary, and I started to panic. Think of the nightmare where all of your teeth fall out for no reason; this was the best-case scenario from what I found on the internet. However, it was hard for me to ignore the unusual traits I have always thought of as my claim to fame, like being able to turn my feet backward, bowed legs, and wrists smaller than most toddlers'. 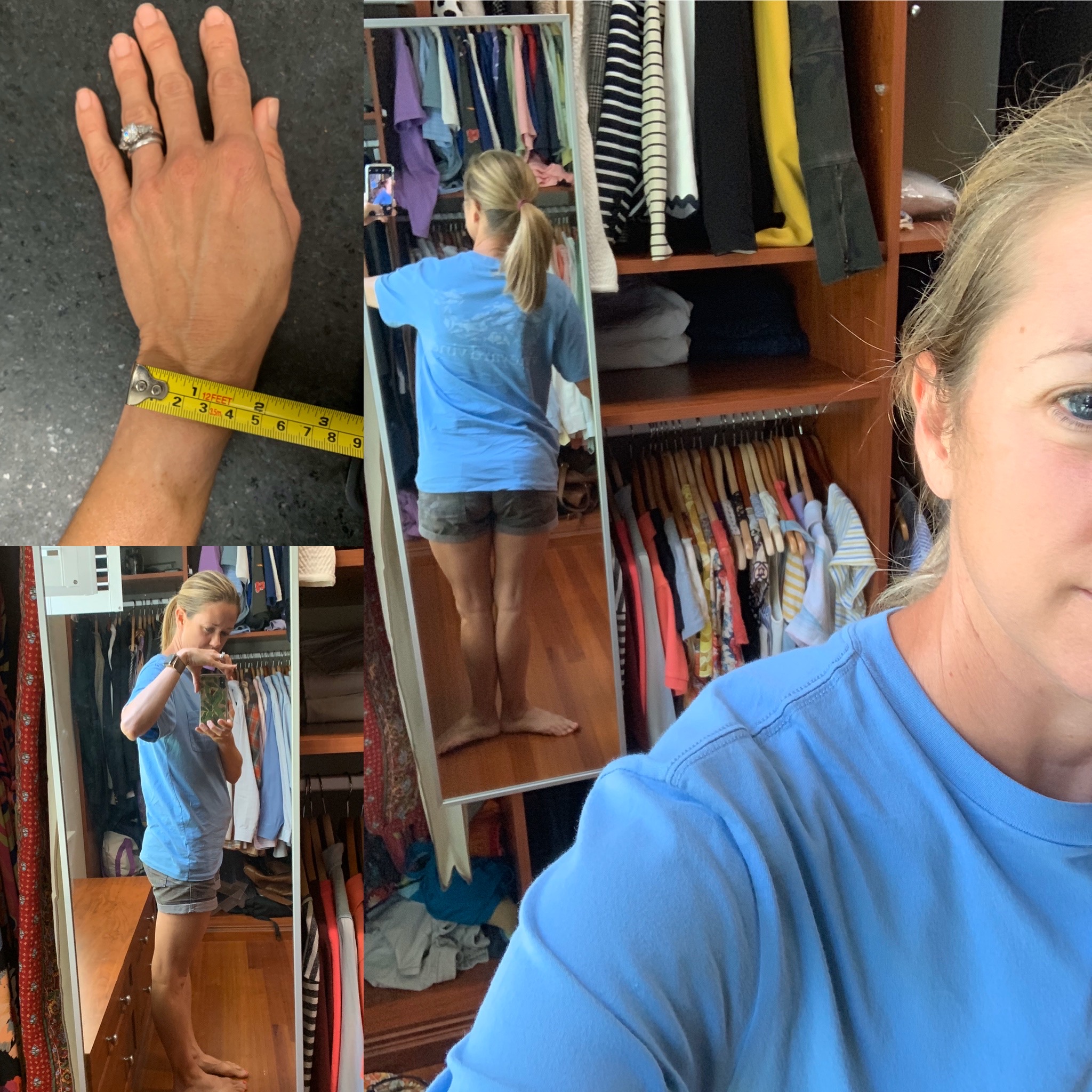 My hyperextended legs were what I was teased relentlessly about by other kids growing up that has continued as an adult. 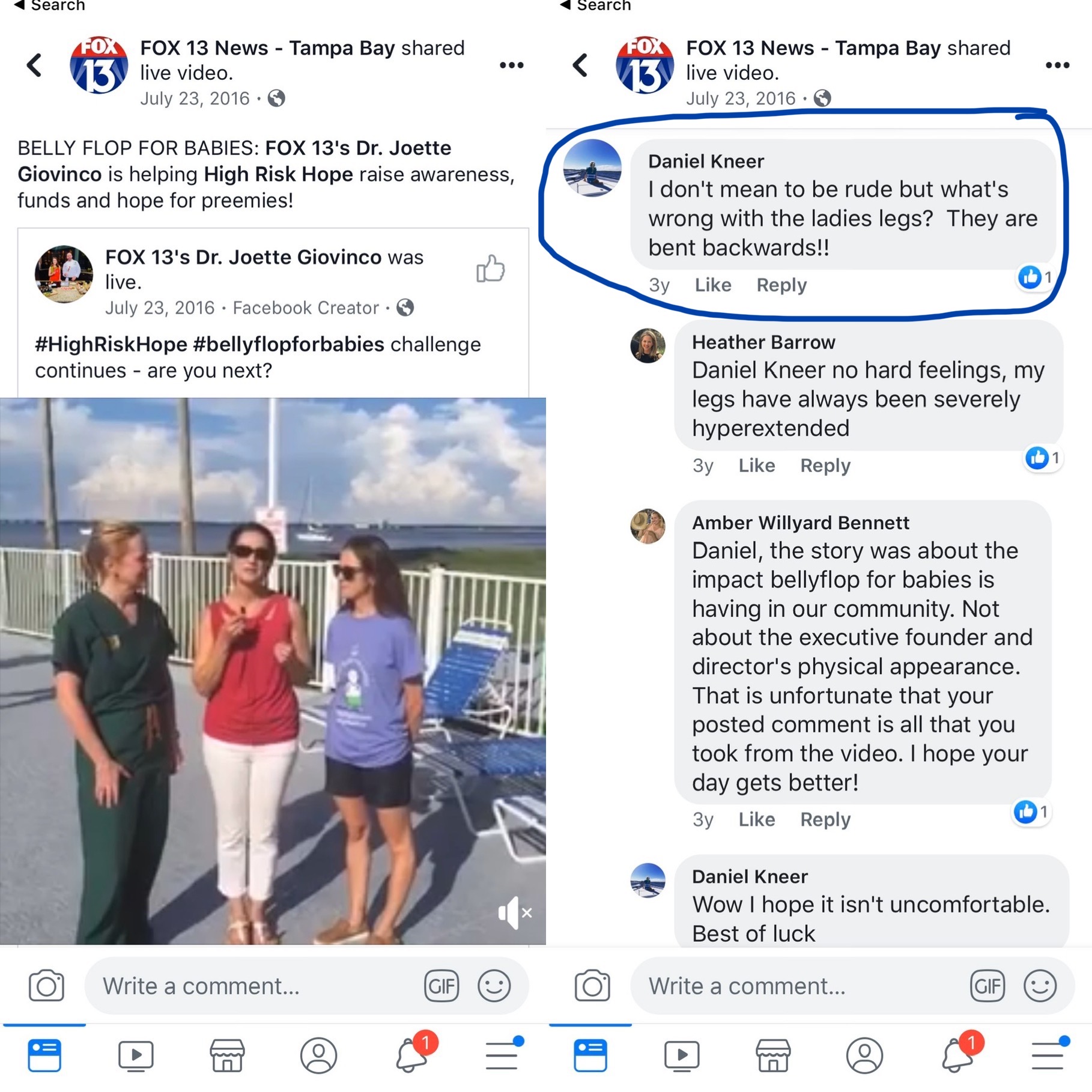 I tried to talk to my husband Bennett about it that night, but he got upset. He has been my rock throughout every health struggle, including insomnia, but even Saint Bennett (as my friends call him) has his limits. What I remember of what he said was,  "What are the chances you are the one in a million people that have this rare disorder? Don't go down this path again that will lead us back to the same place, a bunch of doctors appointments, and nothing is wrong." Still, I felt like I could have it based on what I read and the fact there was no other logical explanation for my chronically low ALP.

I was devastated that he was not willing to hear me out and, this may come as a big surprise, didn't sleep at all that night. The next morning, I brought it up to him again, along with my concerns about our then 12-year-old daughter Claire. One of the hallmark signs of hypophosphatasia is unexplained tooth loss as a toddler and repeated breaks of the same bones. Claire had experienced both. At the time, we believed her doctors when they said it was due to her endless energy. Now I was convinced it was something more serious. 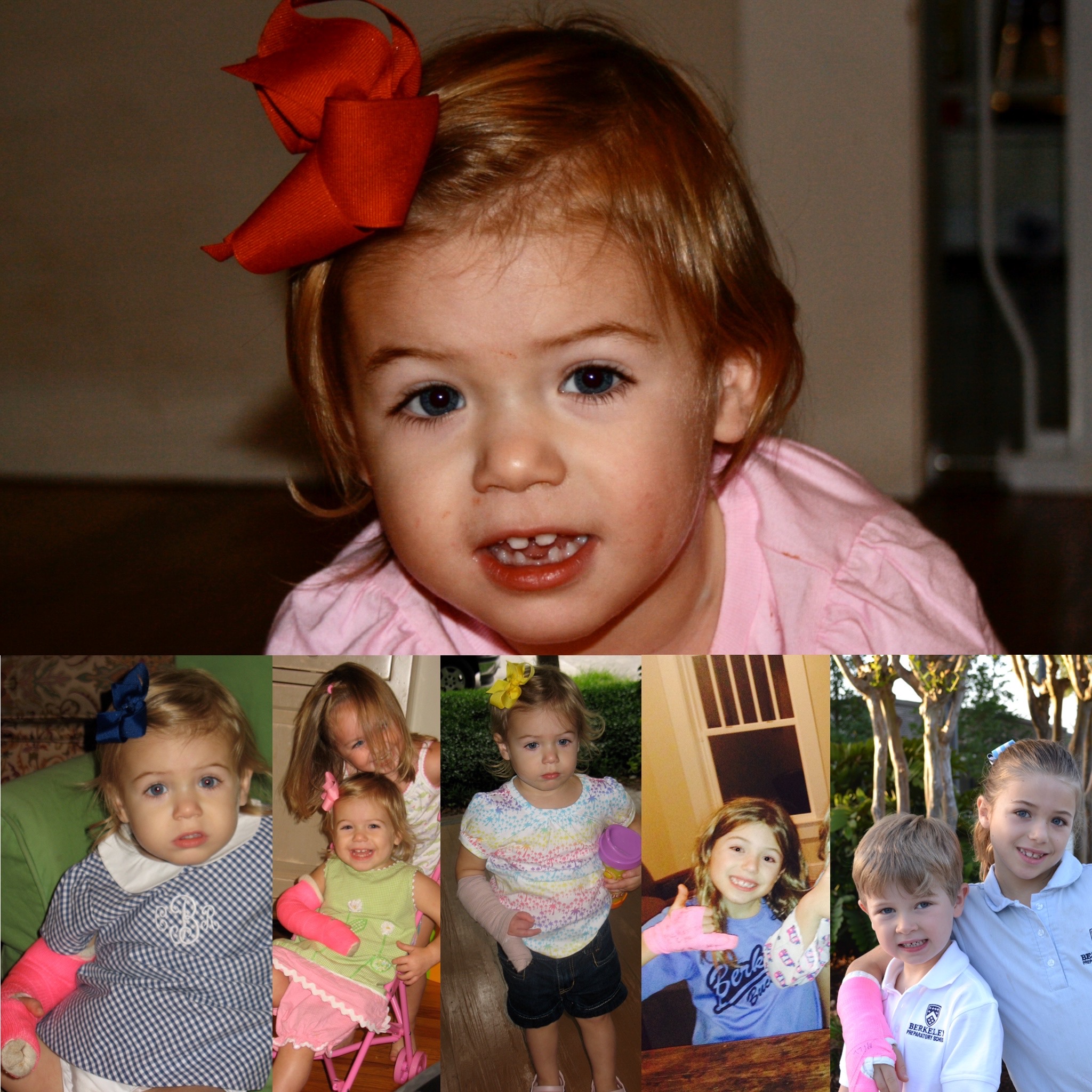 After a bit more research, I found a hypophosphatasia charity named Soft Bones and cold-called the number. Denise Goodbar, their Executive Director, answered the phone and talked to me for an hour. I was hysterical. I hoped she would tell me what everyone else had, that low ALP was nothing, and there was no way I had hypophosphatasia. She listened to everything and said that she thought I should speak with a doctor who has heard of hypophosphatasia. She was the first person in years who heard what I was saying, and that was all I needed to move forward.

Denise sent me a list of specialists in Florida, and I called the geneticist at the Mayo Clinic in Jacksonville. I gave his assistant my medical history, and she said their backlog was so long it could be six months before they were able to see me. I asked if I could send the doctor my excel sheet showing my blood test results and the decades of low ALP. Although she didn't think it would help, she humored me and gave me her email. I got a call back from her that day, and the doctor wanted to see me the following week. Having a potential rare disease diagnosis is instant celebrity status in doctors' offices, you move right to the front of the line. He diagnosed me, and Claire shortly after, with hypophosphatasia. After years of misdiagnoses and improper medical treatment, we finally had an explanation. I was not crazy or making this up in my head and was thankful that crippling insomnia led to my ultra-rare diagnosis. What I didn't realize then was how steep the road ahead would be.

Our family felt isolated and helpless as we struggled to find information and resources hypophosphatasia and had to become experts on our rare disorder. While my diagnosis may be extremely rare, the path to rare disease diagnosis is common. The average time it takes for patients to receive a rare diagnosis is 4.8 years, and 95% of rare diseases lack an FDA approved treatment. Our family created RareGuru to eliminate the time, frustration, and isolation that accompanies a rare diagnosis. RareGuru empowers users to connect, share, and heal together because a disease may be rare, but hope shouldn’t be. It is currently available for free in the iOS app store and is coming soon to Google Play; I hope you will share RareGuru with someone facing similar challenges of a rare (or non-rare) diagnosis to help alleviate the challenges surrounding their diagnoses. Please watch the short video below for more about our family's journey from HPP diagnosis to RareGuru.