My long journey of learning everything I possibly could about Arthrogryposis 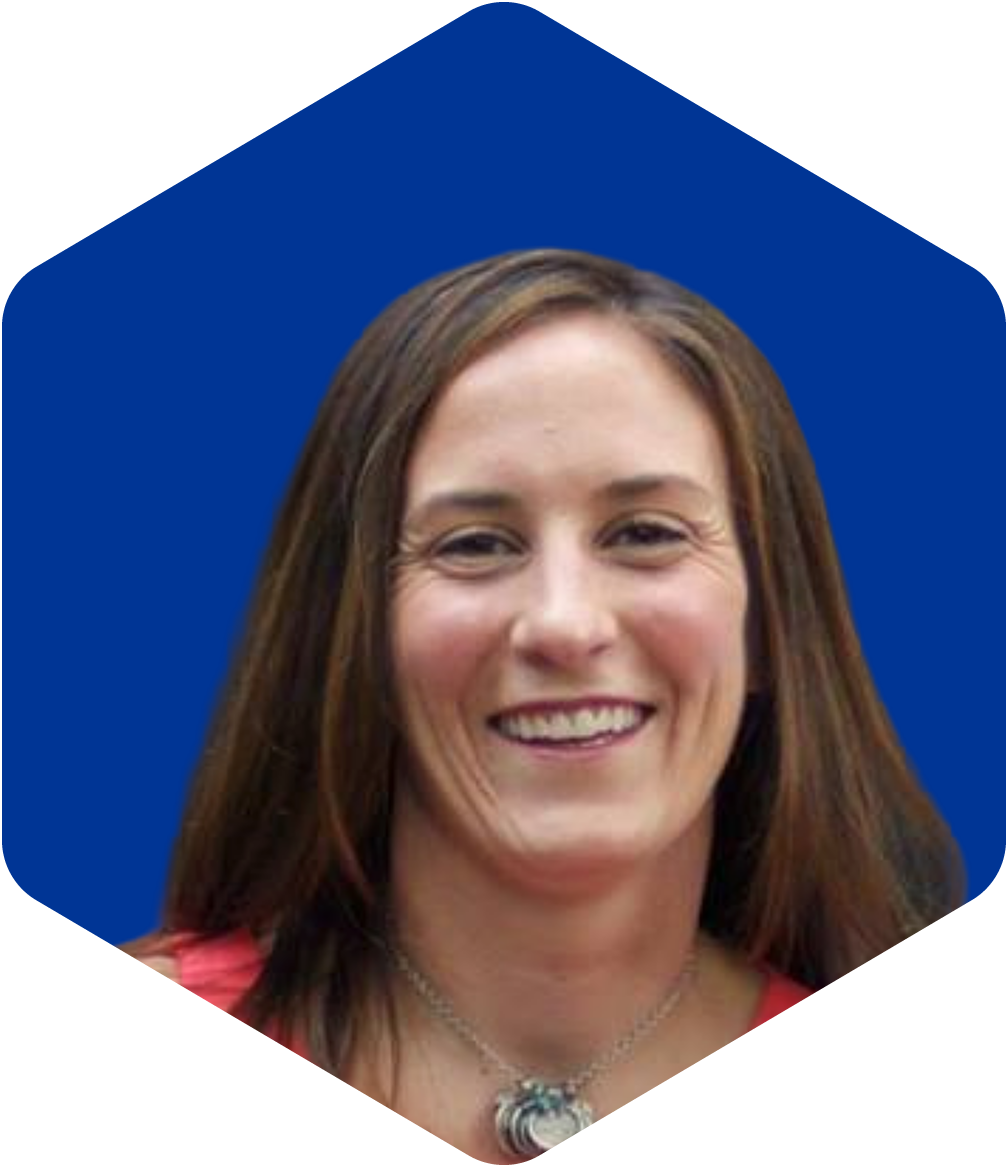 Published by Jennifer Fecowycz Posted on May 01, 2020

I was 13 weeks pregnant with my fourth child before I learned the word Arthrogryposis. I went in for my 13-week triple-screen ultrasound without any concerns. I was only 33 and had three other healthy children. However, I quickly knew something was wrong based on how long the ultrasound was taking. My baby’s arms and legs appeared to be stuck in a straight position, and there was no observed joint movement at the elbows, wrists, ankles, or knees. Luckily for me, my doctor knew what Arthrogryposis multiplex congenita (AMC) was, and was able to diagnose it at such an early stage. I left with lots of questions and went to the worst place possible for answers, the Internet. I was given details of babies who would never survive after birth, to adults with poor quality of life because they couldn’t eat, breathe, or even move on their own, to stories of healthy adults living independent and fulfilling lives. I found tons of information related to arthrogryposis in cows (also called “curly calf disease”) and its potential causes due to the financial impact it had on the meat industry. But I was unable to easily find any reliable source of information on what Arthrogryposis meant for my baby.

Luckily for me, a friend had recently delivered a baby with a tethered spinal cord and had a good experience with the Department of Maternal and Fetal Medicine at Children’s Hospital of Philadelphia (CHOP) and urged me to contact them. I was able to be seen for a complete medical workup at 19-weeks gestation and just had to wait the 6 weeks before I could get any more information. Their only advice in the meantime was to have my local doctor perform an amniocentesis and send it for genetic testing of known genetic defects that cause Arthrogryposis. They were able to tell me over the phone that Arthrogryposis was not a diagnosis, but just a symptom of something else, in the same way, that a runny nose or a cough is a symptom of some other infection. Finding out what was causing the Arthrogryposis in my baby would help determine what bodily systems it impacted, and what my baby’s quality of life would be.

Those 6 weeks were torture, praying for best outcomes and for the strength to go through all the testing and hear all the results. Finally, after a full day of tests, I learned that my son had no identifiable underlying genetic causes for his Arthrogryposis and that it appeared to only affect his joint movement in his arms and legs, but he would be able to eat and breathe on his own.

I was confronted with the decision to terminate my pregnancy and told I had to make a decision quickly because I legally only had a few weeks left to terminate.

I was confronted with the decision to terminate my pregnancy and told I had to make a decision quickly because I legally only had a few weeks left to terminate. As a person of faith, my mind had been made up from the beginning that I could not terminate the pregnancy, and thus began my long journey of learning everything I possibly could about Arthrogryposis.

After much searching, I found a Facebook site for an organization called “Arthrogryposis Multiplex Congenita Support, Inc.”, and was able to join some of their Facebook groups for parents of children with Arthrogryposis. I was still met with a lot of uncertainty, and since the organization was still in its early stages, not a lot of concrete information was available on what I could expect. Finally, around 32 weeks, I had garnered the courage to post in one of the Facebook groups, and a mom of 6, who’s oldest had Arthrogryposis, reached out to me via Facebook messenger. She gave me so much hope that my son would be happy and healthy and told me that the key was to talk to all the doctors I could to develop a plan of care for stretching and getting my son’s joints moving as much as possible once he was born….her advice was to not waste any time. 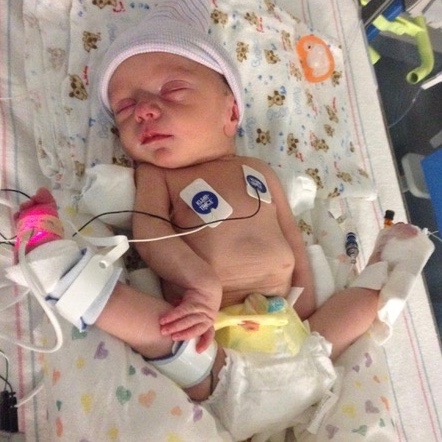 At 39 weeks, my son was born via c-section and came out strong and healthy. Although he had been frank breech and had clubbed feet, hyperextended knees, clubbed wrists, and hyperextended elbows, he scored a perfect 10 Apgar test and latched on to nurse immediately. He was admitted to the NICU for observation and testing; MRIs to determine if there were any neurological issues, bloodwork to do another round of genetic testing, and more. When he was 5 days old, the orthopedist came to start serial casting for his clubbed feet, and the physical and occupational therapists came to make splints and show me various ways to stretch his body to safely get him moving. They all stressed to me that his limb deformity at birth was the worst it could possibly be, and since babies’ bones were so pliable, I needed to take advantage of that and increase his range of motion, even if it was only passive joint movement. At 9 days old, my son was discharged from the NICU, and we were sent home with an amazing plan of care to get him moving. 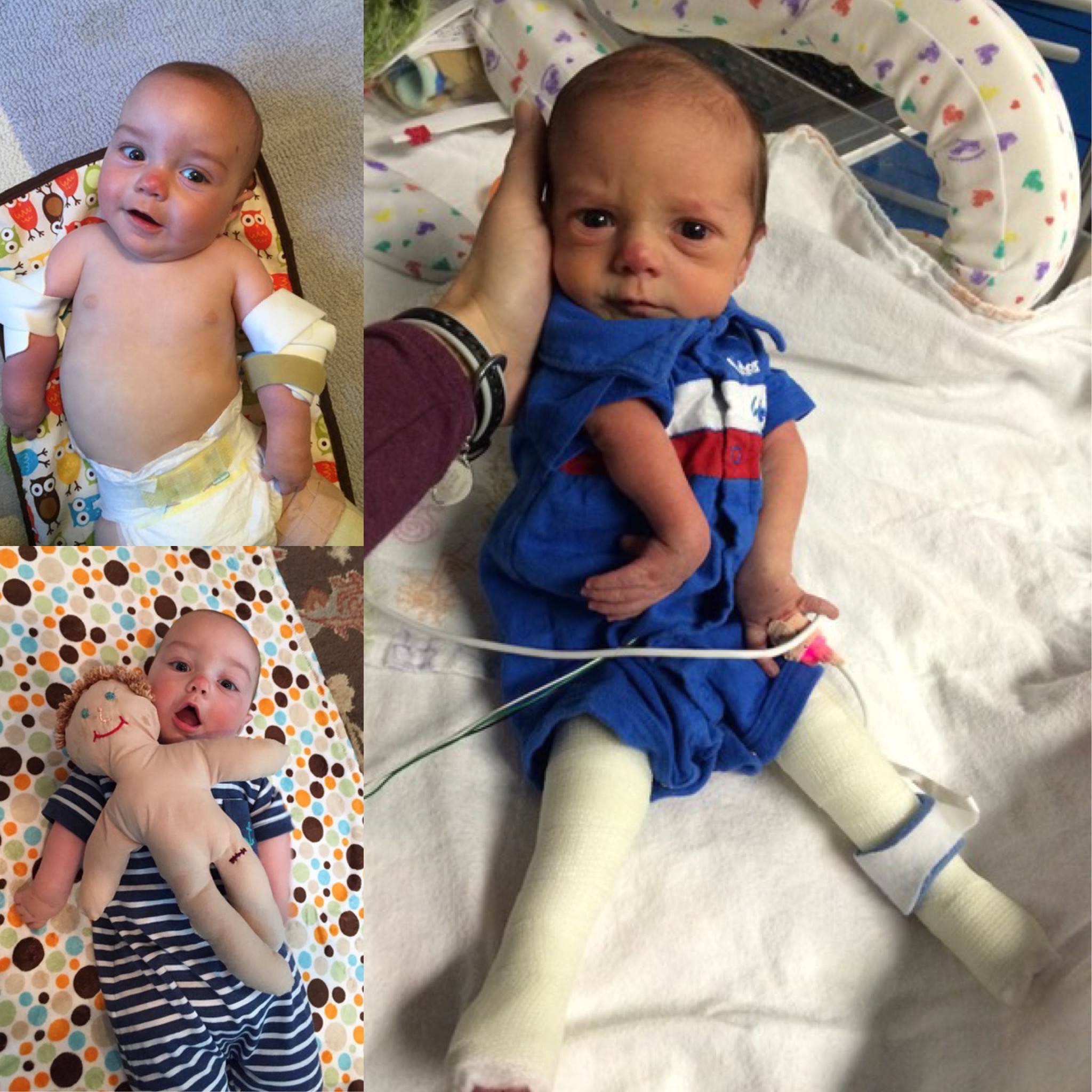 My son is now a happy and healthy 5-year-old and is mostly independent. Although we still don’t know what caused his Arthrogryposis, through splinting and occupational therapy, his clubbed wrists now rest in a neutral position, and he has gained passive elbow flexion of over 90 degrees. He can write, color, cut, and feed himself, although doing it all in his own way. Through casting and several surgeries, his clubbed feet have been corrected, and his knees can now passively get to 85 degrees of flexion, allowing him to go up and down stairs, and sit in a car, airplane, or theater seat. He can walk on his own, although needs help when on rough terrain or steep inclines. It takes him a lot more effort to walk, so he tires more easily, but is determined to keep up with his siblings, and he gets stronger every day. 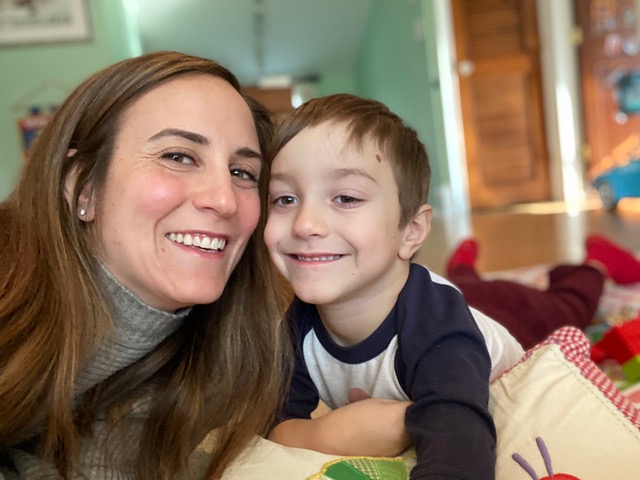 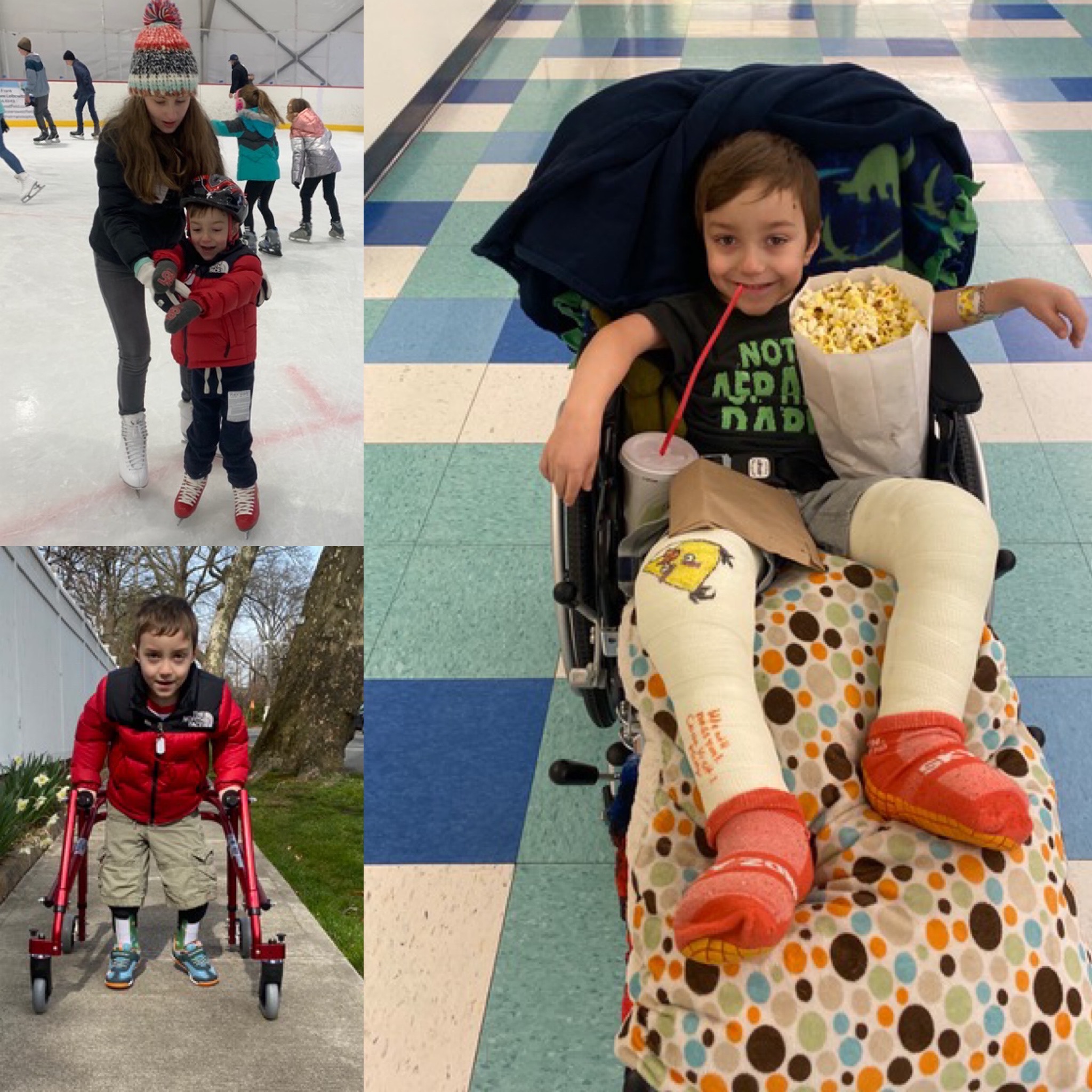 He has the most positive attitude and mentally is smart as a whip. My biggest concern for him as he gets older is being teased for doing things differently since we all know how cruel kids can be, but being able to connect with other children and adults in his same situation will help him to not feel so alone. I am thankful for RareGuru for providing a platform for people with rare diseases to connect with one another. I am also thankful for individuals such as Ward Foley, AKA “Scarman”, who shares his personal Arthrogryposis journey to bring hope to others. I encourage anyone with an Arthrogryposis diagnosis to check out AMC Support’s enhanced website for factual information and resources on therapies, specialists, and other treatment options. While not everyone has the same experience with Arthrogryposis, connecting with others who have similar concerns and issues is comforting and so helpful. I look forward to helping other parents whose children are given a diagnosis of Arthrogryposis and hope to find peers for my son to commiserate with and to celebrate his milestones with.